People across the globe are majorly utilizing smartphones to fulfilling their purposes. As a result, the usage of applications has also been bolstered over time. Currently, solutions built for mainly two operating systems are in intense demand: iOS and Android.

Despite being the most formidable rival of iOS, Android has secured the topmost position in the mobile app market. In the last few years, the utilization of iOS solutions has risen to a great level among users and is further expected to grow among people. According to 2022 statistics, iOS earned a considerable revenue worth $365 billion in 2021, which indicates the tremendous future demand for iOS.

So, if you as a startup owner are a part of those entrepreneurs willing to make iOS applications by hiring coders,
In that case, you must refer to some mistakes that can be avoided while appointing iOS programmers before recruiting them. A few positives of hiring them for your business are mentioned below.

By referring to every section stated below in the post, It will assist you in hiring iOS coders capable of fulfilling your venture requirements and raising the brand awareness of your business significantly by delivering a solution satisfying its requirements without any hassles. As a result, it will help your enterprise meet people's needs efficiently and earn more popular among them.

When hiring iOS developers from technological firms, considering certain elements will help you get coders who are fit for creating your venture solution. Apart from these, many other things might obstruct you from appointing iOS coders capable of providing desirable applications. Some of the mistakes that might occur while hiring them are mentioned below:

Not Recognizing the Actual Requirements

Knowing the venture's needs for creating an iOS solution is essential, as it would assist you in getting an application developed according to the latest ongoing iOS App Development trends among users. You could do it by researching the market and studying the numerous apps available in the Apple store. According to statistics, the specific application would lose about 80% of DAU (Daily Active Users) if it doesn't satisfy the user's needs efficiently through its attributes implemented inside.
So, it's a must to understand the issues people face in accessing the solutions, know user preferences, features offered by your competitors, etc. Researching all these elements will help you to discuss your venture's requirements with iOS coders to get a perfect app for your business ready.

You, as an entrepreneur, need to decide the budget for appointing iOS programmers by keeping in mind all the cost-affecting factors. It includes development location, the complexity of your app, the number of iOS coders occupied, their industry experience, time to create a solution, and many other aspects. If one of them is addressed, you will set an appropriate budget for hiring iOS developers to create your enterprise application.

Thus, you can avoid setting an irrelevant budget for appointing iOS coders by considering some aspects discussed earlier. Fixing the budget is one of the crucial measures you should take while hiring iOS developers. Moreover, it will also help you neglect the unnecessary expenses after appointing iOS programmers.

Neglecting the Significance of MVP

MVP(Minimum Viable Product) of your developed solution will help you know the several issues occurring in an app while running it in real-time situations through daily users and evaluate its performance. As a startup owner, you can consider evaluations as reviews given by users to improvise your solution through the iOS coders you have hired.
After working on app feedback and solving all the problems present in an application, you will get a practical solution for your business created by iOS programmers that can satisfy all the requirements of your targeted audience efficiently.

Users usually only utilize a solution if it's stuffed with lots of features that make the workflow of an app cumbersome for people. An application crammed with extended attributes inside will lose your user's interest. Your iOS business platform will consume more loading time, making your application more straightforward for users.
So, while appointing iOS developers, you should plan to embed your app with only mandatory and helpful attributes and look forward to providing a seamless user experience.

Testing is considered to be a vital component of an entire development procedure. You can eliminate the various issues popping up in your application by performing it. The success rate of your solution is dependent on the number of problems present in it. Most users tend to remove applications from their devices when they face technical errors. So it's suggested that you perform the testing process to prevent bugs from being displayed for retaining users of your solution.
Thus, these were the mistakes mentioned above. You should avoid that if you are planning to hire iPhone app programmers from renowned firms who are experienced, knowledgeable, and skilled enough to deliver a practical application for your venture. Now, what are the several benefits of appointing iOS coders? Refer to the next section for the same.

After keeping in mind the several mistakes to avoid while hiring iOS coders, there are numerous perks that you will receive after appointing them to build an application for your enterprise. Refer to each of them stated below:

You will likely receive your solution rapidly by hiring iOS developers from a technology partner. It's because their iOS programmers don't have to work on other ongoing projects of a firm when you appoint them. Hence, It would reduce the development cycles of your application significantly by hiring iOS coders from a specific iOS Development company that will assist you in getting an app for your enterprise ready in a minimal time.

Security is an essential factor to be considered by iOS programmers when building a solution for your venture. Apple store only allows those apps to get launched and listed that match its set par in terms of security. So, you will get a highly secure application by hiring iOS developers for this reason, and many others are justifying that security in iOS apps is far better than in Android solutions. It would also assist your enterprise in increasing the trustability of users for keeping their data safe.

Get All The Legal Obligations Managed

Receiving an iOS app developed by coders of renowned firms would help you avoid legal barriers on your venture's progress path. It is because they provide you with all the documents required to neglect the legal pitfalls of your enterprise. When running such a vast trade, receiving all such arrangements for any legal actions that might take place in the future will give you excellent stress relief, peace of mind, and much confidence to face them.

Appointing iOS programmers from renowned development companies will give you solutions with excellent quality software created. The firms ensure that coders maintain their reputation by providing high-quality applications built for their clients. Moreover, they are also well-versed with the latest technologies and newer programming languages, which would give you solutions by utilizing the latest tech stuff that allows the implementation of trending attributes in your iOS app. Thus it suggests that you get good quality software ready by hiring iOS developers from a specific technology partner.

By hiring iOS coders from IT companies, you will get a report about the progress of your project. A detailed report would be offered to you monthly or weekly or on a submission deadline you have assigned to them. Hence, appointing iOS developers from a technology partner would help you to stay updated regarding your application. Besides this, you would also gain free post-launch support from them to customize an app as per your venture's requirements or to remove the existent bugs present inside the software, when compared to freelancers offering minimal duration support or charging extra bucks from you for the same.

Appointing iOS developers offers you the advantages mentioned above. Alongside, your enterprise would also earn considerable popularity and income from this app, as it efficiently serves the purposes of users without any hassles.

Therefore, due to the intense demand for iOS apps among users worldwide, creating your enterprise's iOS application is a wiser choice, as your business would gain significant conversions very soon and achieve a reputed position in the market. You will receive several positives while creating your solution by avoiding some mistakes in hiring iOS developers mentioned in this post earlier. Reading the article will assist you in getting a top-notch application built by appointing iOS programmers for your venture. 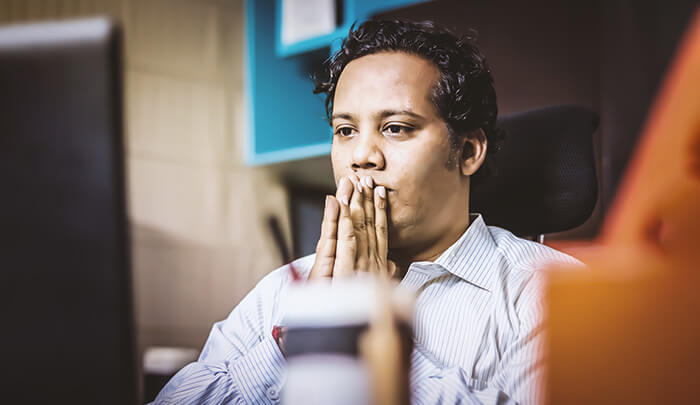 Amit is a tech enthusiast and loves coding. He likes to know about things in detail which gets reflected in his writing. His penchant for the finer details makes him the perfect match when it comes to development or technical SEO.

Share views on 5 Mistakes to Avoid While Choosing iOS Developers Get carefully crafted mobile applications that bring your idea to masses and make you stand away from the crowd. Android, IOS or hybrid, we have you covered for all development.