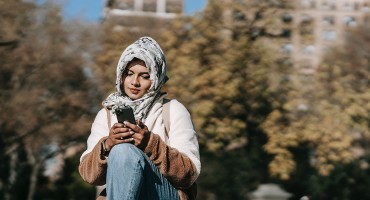 What is an iOS application?

What is iOS Development?

All of these things would be a core for you to proceed further with iOS app development. Xcode is Apple’s IDE, it is a graphical interface you’ll use to write iOS apps. You will also need to select the iOS programming language. Objective-C made in 1980 was the primary programming language for Apple products for ages. The other one is Swift, which is the “new” official language of iOS. It focuses more on security than Objective-C. With these tools on hand, you can proceed further with writing iOS applications.

Technically preparing an iOS app development environment means getting into the process and making yourself aware of iOS development. It includes downloading XCODE and launching and creating a new project with XCODE. Get yourself known with XCODE, so you can fluently work with it later.

If you are new to XCODE, it would require a general understanding of its functions and usability. Once familiar, you can proceed further with building and running your app.

There is a built-in iOS Simulator app on XCODE. This simulator can be of help. It will give you a fair idea of your app would look and perform on actual devices. iPhone app Development Company relies upon these simulators to better understand real user experience.

Why are apps better on iOS?

You might have noticed that applications on iOS look much better than on any Android device. There are multiple reasons for the same. And to be honest, it has got nothing to do with the skills of developers. Nor is the scenario that iOS developers are more talented or design specific and android developers do not care about the design part.

These are common myths in the market relating to iOS and android app developers. The matter, in reality, boils down to the approach and legacy of both platforms. Apple has a long history of creating interactive designs, while Google has always focused on search. This factor makes a profound difference.

Though things are changing these days and android developers are trying harder to create better appearance interactive designs. But, there are a few challenges that android app developers face over iOS developers. iPhone app development companies and developers themselves would need to take into account, a limited number of screens and screen sizes. On the opposite end, an android app developer would need to consider variance in screen size and resolutions. Some, android applications might look magnificent on a high-resolution latest device, but a slightly lower resolution device would leave blurs and distortions.

Android is these days available on larger screens like that of a television adding to the difficulty of the app developer. When applications are designed considering so many variants, their compatibility to fit degrades their visual appeal. Mobile app development must move at lightning speed, so if developers spend a lot of time perfecting aesthetics, they might be unable to focus on other areas. Thus, android app developers deem it fit workable aesthetics.

The other barrier faced by android developers is developer tools and documentation. Apple has had 20 years of developer support, while Google is just starting from scratch with android. iPhone app development company has more tools to create intriguing designs that are absent with android. I

We have already discussed language resources Swift and Objective-C. Editors and code runners like XCODE, CodeRunner, and AppCode would be useful. Swift library and ALAMOFIRE are resources in library sections. These are all technical help information. If you are a beginner, you should search for related information in the free category and tutorials. If you are not a developer and are willing to get the iOS developed then the iOS app Development Company in Delhi can be your best help.

How to find the best iOS App Development Company in Delhi